Australian writer Jon Westenberg wrote, “I think that storytelling is the greatest technology that humans have ever created.” Writing, photography, videography, and other media are tools we use to illustrate great stories. B-roll footage plays a major role in video storytelling, complementing the story, keeping the viewer engaged, and helping the viewer better understand the content.

In video production, there are two types of footage: A-roll and B-roll. A-roll is the primary shot or subject that the producer wants the viewer to focus on. A video entirely shot with A-roll footage may be less compelling and engaging, which is why B-roll is so important.

B-roll is the secondary footage that supports or enriches A-roll. Editors intertwine B-roll footage with the A-roll to keep the viewer engaged and help them gain a better understanding of the content. Filmmakers use a variety of techniques and resources to produce great B-roll. These resources can include motion graphics, establishing shots, stock footage, photographs, and shots of body movement.

All B-roll is not created equal. During production, producers and videographers must carefully plan engaging B-roll shots that will help deliver the intended message.

Throughout the production process, producers, scriptwriters, and videographers identify B-roll clips that will complement the story. Filming extra B-roll on every production gives the editor a selection of diverse shots and helps build a repository of clips for future projects.

As an example, consider the video "How to Use the WWC," which QIP produced for the What Works Clearinghouse. For this video, we scheduled one hour to film interviews with educators at the Cleveland Metropolitan School District and another hour to shoot B-roll footage. We planned one hour for interviews to give the interview subjects enough time to prepare and answer questions. During the interviews, we took notes to identify additional B-roll shots to support the interview content. We then devoted one hour to capturing the mandatory B-roll shots identified during pre-production, as well as additional supporting footage. This footage included establishing shots of the office, the interview subjects working at desks, and shots of the practice guides discussed in the interviews. We also gathered B-roll footage at schools, where we filmed students and teachers engaging with one another in hallways, classrooms, and other parts of the campus. Using this approach allowed us to gather a range of compelling B-roll clips to help develop an immersive experience for the viewer.

Each component of a video, from the script to the B-roll, should make the story more compelling and allow the viewer to feel engaged in every facet of it. Check out more of QIP’s video work on our YouTube channel. 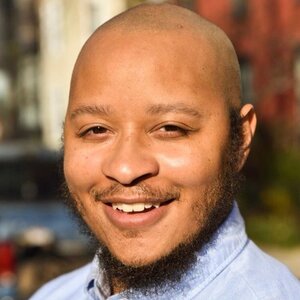 Matthew Frazier is Videographer for QIP. He is responsible for designing storyboards, filming videos, and creating motion graphics for our clients. Matthew first learned about storytelling through video while editing videos and found that he had a talent and passion for it.

◀What is Section 508, and Why Does it Matter?
Meet Laura Thompson, QIP Senior Communications Specialist▶