Corporate giving has recently increased among American companies. Bolstered by $405 million in contributions related to disaster relief last year, it totaled $20.77 billion—up 8 percent from 2016, according to Charity Navigator.

Tax breaks for charitable giving are an obvious benefit, as is the benefit from public relations around corporate giving. Having worked for both very large and very small companies that incorporate giving into the culture, I truly believe the biggest impact is the personal benefit to employees. QIP offers a particularly unique aspect to a charitable giving benefit; rather than the more popular donation matching practice, the company provides an annual contribution to the U.S.-based 501c3 of each employee’s choice (except for political organizations). Many employees’ options involve personal experiences or memories. 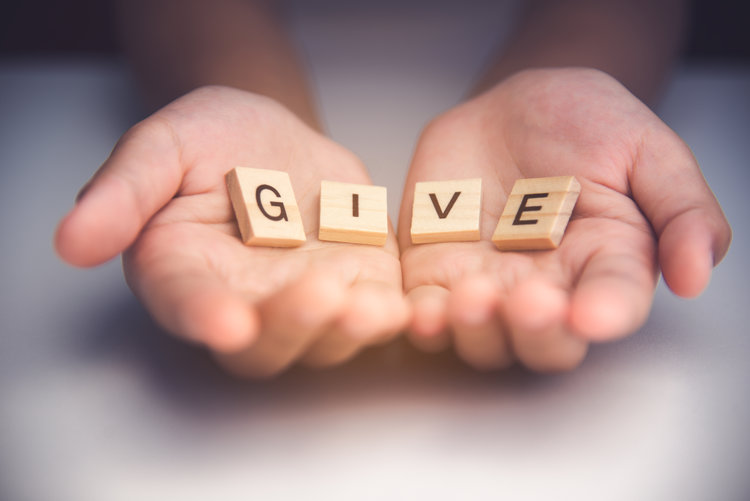 When I joined QIP nearly three years ago, this was one of the benefits that intrigued me most. The first year, I chose the ALS Association in memory of my mother, who died of the disease in 2009. Last year, I desired a smaller, local organization to support the community I had grown to love. Thanks to crowdsourcing, I discovered A Farm Less Ordinary in western Loudoun County, Virginia. I was moved by how effectively the founders had woven together personal, environmental, and social areas of need. My donation likely would have a significant effect on their young nonprofit, I thought. As it turns out, it made more of a difference than I might have imagined (details on that later).

Because QIP is a company made up of remote workers throughout the greater Washington, D.C., Metropolitan area and beyond, our contributions tend to go toward a range of organizations in many localities. This year, QIP gave more than $25,000 to 30 organizations that focus on many areas of need, from health and education to refugees and the local poor. One employee opted to donate to Courtney’s House, a safe-house for victims of human trafficking. Another selected Sandy Claws Sanctuary by the Sea and Hospice, an organization providing homes and care for elderly and infirm cats that have a very low likelihood of adoption, as well as fostering and rescue services to younger cats to be placed in forever homes. The Mr. Holland's Opus Foundation was another recipient; the nonprofit offers musical instruments and support services to underfunded music programs in school districts nationwide, with the goal of providing economically disadvantaged youth access to music education.

“Music has played a vital role in my life and was a major connection between me and my late father,” writes Bridget Thomas, Senior Researcher for QIP. “And I love being able to support an organization that brings the joy of learning and performing music to children who might not otherwise have the chance to participate.”


As for me, I decided to donate to A Farm Less Ordinary again. This time, I felt like I was donating to a friend. That’s because I was fortunate enough to meet one of the founders in a sweet, serendipitous moment at an annual fair last September. My daughter and I have attended the Bluemont Fair every year since her birth, and we moved to Loudoun County in 2005. This year, we were perusing the booths and talking to folks as we normally do. I found myself chatting with a farmer, who was telling me the story of his sustainable practices, nonprofit organization, and employees who have special needs. My eyes widened and I smiled.

“I know you!” I shouted before introducing myself. “I donated to you last December! Do you remember?”

“I do,” he said. “You saved us. We might not be here today if your donation didn’t come when it did.”

In 2019, QIP plans to broaden philanthropic employee benefits to include paid time off for volunteer efforts. I have an idea of who I will be contacting.

This post was written by former Senior Director of Communications and Marketing Deanna Glick.

◀QIP in a Word
What is Learning Engineering?▶