Success: The Tip of the Iceberg

Success: The Tip of the Iceberg 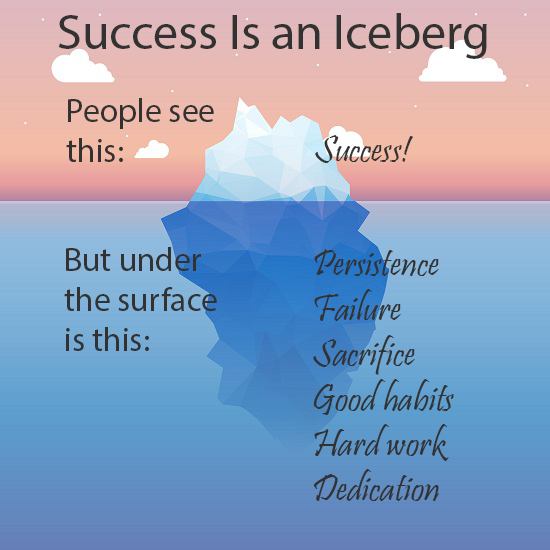 Success is something we all crave, and people seem to talk about it endlessly. But what is it, exactly? The Free Dictionary offers these definitions:

1. the favorable outcome of something attempted

2. the attainment of wealth, fame, etc.

At QIP, we’re more interested in the first definition than the second. But there’s another definition of success that resonates with the type of work we do: Success is the product of effort.

The image of an iceberg as a metaphor for success has been making the rounds through social media. The lower, and bigger, portion of the iceberg represents all the unseen attributes that contribute to the higher, and smaller, portion, which represents observable success.

Over the years, we have noticed that six foundational attributes lead to success within our company:

When teams display these attributes, it’s amazing how powerful the results can be. Focusing on the six foundational attributes is much more efficacious than striving for wealth or fame. The former goes deep; the latter is too shallow to build real results.

However you choose to define success, it always seems to emanate from deep down. Dig deep, and you will rise high. That’s our philosophy at QIP.

◀Teamwork: Greater than the Sum of the Parts
Leadership at All Levels Reaps Rewards▶